Whiskey has long been considered a man’s drink, but that's certainly not the case here at Copeland.
We recognise that women have and continue to hold a strong place in the world of whiskey and we think they deserved to be talked about more.

Yesterday we welcomed our newest member, Anita, to The 125 Whiskey Cask Reserve. Anita has been a work colleague and great friend of ours for a few years and we are excited to now add that she has also become part of our history here at Copeland. Anita has had a passion for whiskey from a young (but certainly of legal drinking) age and would be favourable to a whiskey on the rocks or a whiskey sour at the weekend. Her passion for whiskey coupled with her enthusiasm for local Northern Irish business lead her to The Copeland Distillery where she has just recently purchased her very own cask of our first New Make Irish Spirit.

Anita is now the proud owner of Cask No.31 of 'The 125' and we couldn't be more excited to share this journey with her.

Anyone can become part of 'The 125 Whiskey Cask Edition' and we hope that other 'whiskey loving women' are inspired by Anita and follow their passion for the spirit... who knows you might end up owning your very own cask of whiskey too.

If you are interested in learning more about 'The 125' and how you could be joining Anita in becoming part of the foundations of our distillery, download the brochure below:
https://copelanddistillery.com... 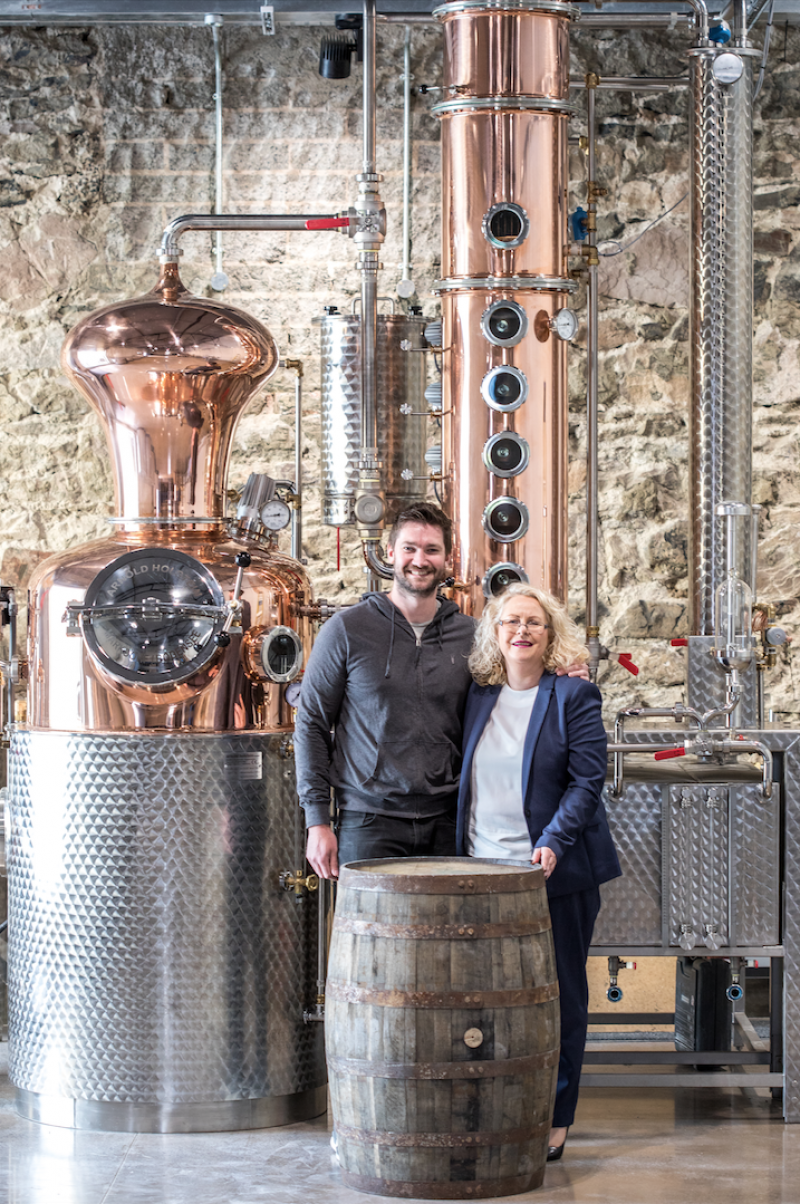 Anita isn't the only lady in the industry who loves a dram...

Usually when you think of someone drinking a whiskey you imagine Clint Eastwood by the fire or the Madmen characters making an old fashioned, but here's a few famous names you may not have known to be so fond of the liquid.

During a performance at Dublin’s 02 arena, Lady Gaga proudly dedicated a song to “my longtime boyfriend Jameson’ who was “always there for me” when she needed him. Spoiler alert: She was talking about the famous Irish whiskey. If the good Lady is ready for another bad romance, we suggest our own Ginger Spice Whiskey.

“You must have whiskey to give you energy” is one of The Iron Lady’s lesser-known quotations, but if you ask us it’s one of her best! Whiskey fortified and sustained Thatcher throughout her long reign as Britain’s first female Prime Minister. She was particularly fond of mixing her drinks with copious quantities of soda. Maybe she would have liked our Rye Whiskey blend, which goes perfectly with soda water.

“This whiskey got me feelin’ pretty,’ begins “Higher,” a song from Rihanna’s 2016 album Anti. That’s just the start! A cursory perusal of the Barbadian singer’s lyrics reveal myriad references to spirits on tracks like “Cheers (Drink to That).” Plus, she recently pulled a total #WomenWhoWhiskey move by sneaking a flask bracelet into Coachella.

Ava Gardner loved acting, appearing in more than 60 films over her long and glamorous career. Perhaps the only thing the Oscar-nominated actress adored more than the silver screen was the warm taste of whiskey. Gardner was such a fan that she famously stated she “wished to die” with a glass in hand… at the merry-old age of 150! Alas, she passed away at 67—but undoubtedly had a whiskey well within reach.

JLaw is the whiskey-loving celebrity of the people. Proof? What items does your average whiskey lover buy when shopping in disguise at a local grocery store? You guessed it! A bottle of Jim Beam and some Ruffles potato chips. (We have to assume that Cask & Crew was simply out of stock.) And how does your typical whiskey-loving everywoman celebrate the premiere of her newest Hollywood blockbuster? That’s right! By downing shots of bourbon on the red carpet.

If you would like to join the list of Women Who Whiskey or join Anita in becoming part of The 125, get in touch via email at 125@copelanddistillery.com we would love to here from you!

Grab a 'Smugglers Swizzle' cocktail at the Merrion Hotel, Dublin